The smallest of all the British butterflies the small blue is sometimes known as the “Bedford Blue” or “Little blue” the under-side of the wings are silver gray with black spots, similar to that of the Holly Blue butterfly. The upper-side of both the male and female is a sooty brown although the male has a blue sheen. 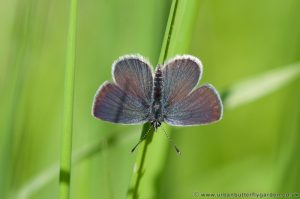 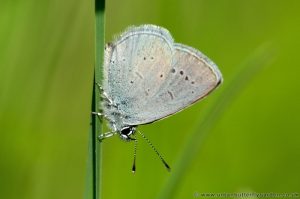