A spiny evergreen shrub, Gorse with its show of strikingly bright yellow flowers, begins to bloom late February, through until late May and sometimes longer, making it stand out in the early months of spring.

Gorse Ulex. spp are widespread throughout Britain and Ireland, usually growing in acid soils on heathland, it can often found on woodland tracks in conifer or fir tree forests, being able to tolerate the dry poor quality soil conditions.

Due to its tolerance of poor quality soils, and spectacular blooms Gorse (ulex europaeus) is often planted and used as hedging in sandy coastal areas to create barriers or windbreaks. 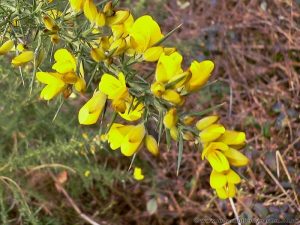 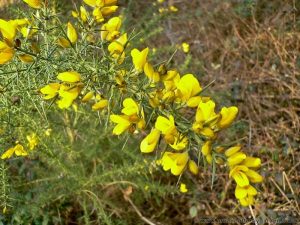