A bright orange or yellow flowering herbaceous perennial, the Dandelion is most often referred to as another garden weed, rather than a wildflower, due to its ability to turn up in lawns, borders, just about anywhere, able to tolerate most conditions and just about any type of soil.

When does it flower?

Flowering begins in March and runs through to October, each Dandelion plant often bears a number of singular flower heads, or florets, each with its own hollow stem from a central rosette of lobed leaves.

Being one of the earliest flowering nectar sources the Dandelion is an important plant for many early pollinating insects such as bees, as well as a several species of butterflies and moths. Butterflies like the Brimstone, Orange-Tip and Large White take advantage of this early nectar source (list will be updated). 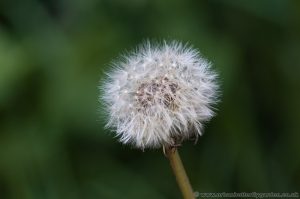 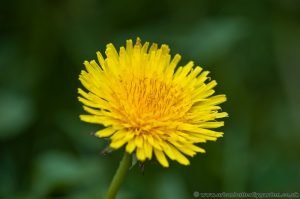 After flowering, the Dandelion flower dries and after a few days opens out into a spherical structure or “clock”. Each seed is attached to fine hairs which act as a type of parachute which help distribute the mature seeds via the wind.

Despite the Dandelion being known as just a garden weed, it is also a very beneficial plant, besides having many medicinal properties, being edible the leaves can be boiled and eaten, and are rich in essential vitamins and the flower petals are used in making Dandelion wine.