A widespread and common butterfly, the green veined white can be found throughout the UK, similar in size and appearance to the Small White but with noticeable green veined markings on the under-wings. 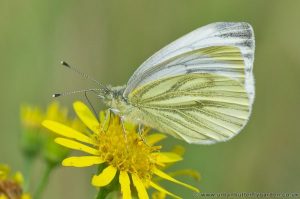 The Green-veined white butterfly can be seen flying from early May-September emerging in as many as three broods during the year. The green veined markings on the under-wings darken with every new brood throughout the year, turning from green to dark grey. 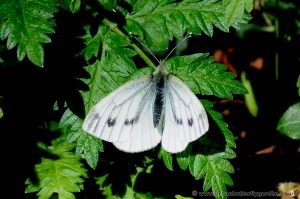 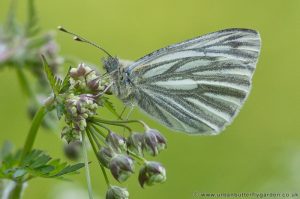 The females are more easily recognised from the males, during the summer months when the wings are closed, by the cream coloured tips on the fore-wings and cream hind-wing.

Its many habitats include Meadows, Woodland Rides, Urban Gardens, Parks and Hedgerows.