The Small Pearl-bordered Fritillary is a widespread butterfly in England. It is mainly found locally to the West into Wales and the west country, mostly in damp woodland habitats. Further North however, across the borders and into Scotland the butterfly is more often found on open grassland such as moors and heaths.

All areas are where its larval food plant Common Dog or Marsh Violets, can be found 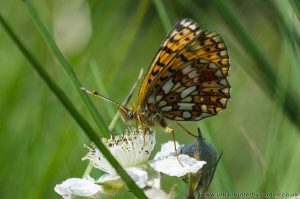 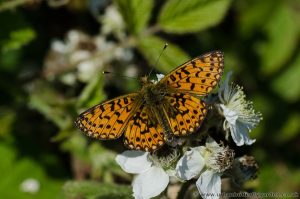