A noticeably tall wild flowering perennial plant, with yellow flowers and purple stamens, that appear June – July, often in groups around at least half of the tall stem, the dark green leaves are lower down the stem and around the base.

Dark Mullein is often seen growing on roadside verges or disturbed ground, mainly in the South and East of England, often preferring calcareous (alkaline) or sandy soils, making it scarce in the North.

Dark Mullein is also a food plant for the caterpillar of the aptly named “Mullein Moth (Cucullia verbasci)”, the noticeable black and yellow spotted caterpillars may also be found on other Plant species like buddleia and verbascums, before they eventually leave the host plant pupate and emerge as a moth. 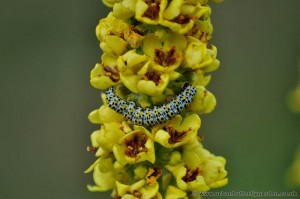 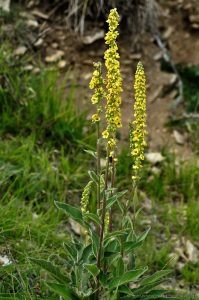